A brief exploration of Jane Austen's level of popularity with different members of the Royal family.

Jane came to Winchester from her Hampshire cottage at Chawton, accompanied by her beloved sister Cassandra, to seek medical help because of her failing health. Jane had already begun to become ill in 1816, yet still she continued to write, beginning her new novel The Brothers later published as Sanditon, in January 1817 which – poignantly – was to remain unfinished. On her death, Jane was buried at Winchester Cathedral, although her original tombstone makes no express reference to the fact that she wrote. Whilst this might initially surprise, it is important to remember that the works published by Jane in her lifetime appeared anonymously, something which the tombstone inscription continues to support. However, it is notable that a third memorial in Winchester Cathedral – a stained glass window erected in her memory in 1900 – was paid for by public subscription, something which alone speaks for how her literary recognition had grown since her death. That Jane’s works were enjoyed in her lifetime however, meant that her readers admired the unidentified writing of “the author of Sense and Sensibility” – as she appeared listed in the three volumes of “Pride and Prejudice,” “Sense and Sensibility” listing the work as simply being written “By a Lady.” Jane had not been without her royal readers, either. With the publication of Emma, the Prince Regent, later King George IV – who admired Jane Austen’s work – received his own copy, sent to him by the publisher John Murray. The Prince Regent’s only (legitimate) daughter, Princess Charlotte, died as the result of childbirth at Claremont in 1817, the same year of Jane’s death. 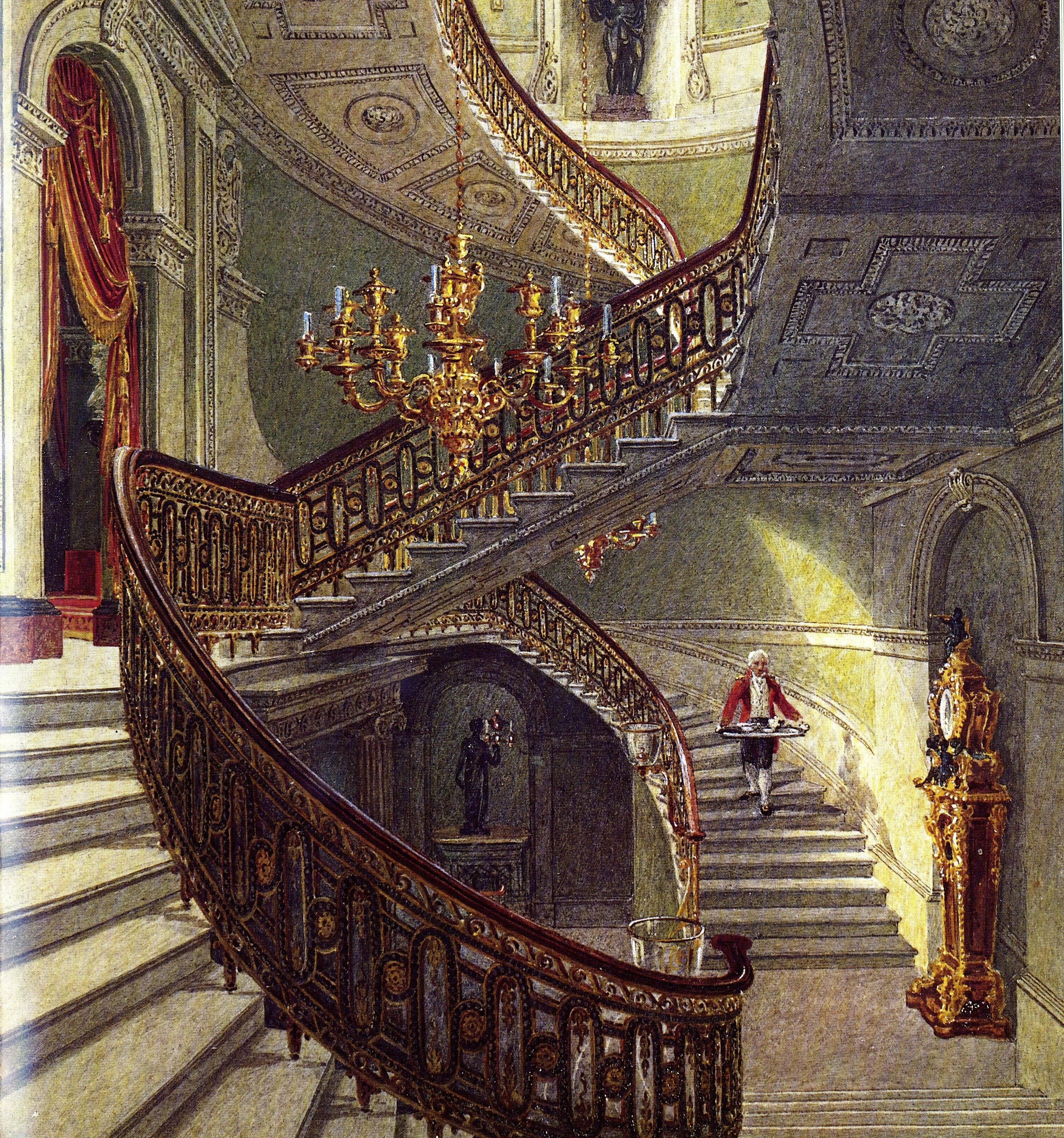 The Prince Regent’s librarian James Stanier Clarke, invited Jane to view the Library at the Prince’s lavish mansion residence of Carlton House, which she did on 13 November 1815. It seems to have been hinted as part of this visit that the Prince Regent wished her new book, Emma to be personally dedicated to him, something which – despite being personally unsympathetic to the Prince Regent – Jane could hardly ignore and which was more or less, after all, a royal command by way of a request, she being “at liberty to dedicate any future work to the Prince.” The Prince Regent duly received his three-volume copy, and the one that was sent to him is today surviving in the Royal Library at Windsor. Jane tactfully dedicated the work to the Prince Regent by his permission and respectfully signed it as “THE AUTHOR.” Clarke’s suggestions on Jane’s authorial prerogative found later expression in her manuscript, Plan of a Novel, according to Hints from Various Quarters, which remained unpublished during her lifetime. Clearly, Jane’s unquestionable gifts were recognised and highly valued by the Prince Regent, who had engaged Clarke not only as his librarian but also his domestic chaplain. The first royal purchase of a Jane Austen novel in the Royal Collection was discovered by chance during the programme of research for the Georgian Papers project in 2018. As part of this project, the researcher Nicholas Foretek of the University of Pennsylvania found recorded in the Royal Archives, the first documented purchase of a novel by Jane Austen, something unknown to academic Austen studies until 2018 and therefore, a remarkably significant discovery. I have drawn on Foretek’s report of his findings. The documentary evidence suggests that Sense and Sensibility was bought by the Prince Regent, some two days before Jane’s maiden novel was first publicly announced in The Star. The Prince bought this copy for 15 shillings on 28 October 1811, the year of the Regency Bill. The purchase of Sense and Sensibility occurs first in this page of the ledger for the Prince’s booksellers Becket & Porter of Pall Mall, headed and underlined: ‘Books’. The Georgian Papers show that the Prince Regent bought two copies of Pride and Prejudice in 1813, after which time his bookseller had changed to Budd & Calkins on the demise of Becket of Pall Mall. He additionally purchased a further copy of Sense and Sensibility, buying Mansfield Park in 1814 and Northanger Abbey in 1819, which he ordered to be bound. Pride and Predjudice was also bound for him in calfskin for the price of 13s. 6d “with gilt edges”, whilst the pages of Sense and Sensibility were gilded for 3s. 6d. Perhaps, there is something touching in this detail for the Prince Regent and King whose taste craved the gorgeous, as well as a sure proof of how he prized what he owned. In this case, it is fitting that Jane was invited to Carlton House, the opulent mansion of the Prince Regent who would have her own works gilded. According to suggestions made in the Memoirs of Jane Austen (1869) by James Edward Austen-Leigh, the Prince Regent’s high regard for Jane’s work resulted in him keeping copies of her published works in each of his own residences. The Prince Regent – later George IV - died in 1830. His niece, Princess and later Queen Victoria, was born two years after Jane Austen’s death in 1819. As Queen, Victoria particularly enjoyed Pride and Prejudice. Prince Albert read aloud to her from Pride and Prejudice. We know this because she recorded it in her journal in 1853, when the Royal Family was at Osborne. Again at Osborne, he read Northanger Abbey aloud to her in the summer of 1857. Curiously, Queen Victoria refers to ‘Miss Austin’ [sic] in her journal, although these admittedly are entries in the Queen’s edited journals, copied by her daughter, Princess Beatrice. Various editions of Jane’s works are today kept in The Royal Collection, including a set of her novels and an edited collection of her letters to her sister Cassandra. There is also among these books, a four-volume set of Northanger Abbey and Persuasion. George V and Queen Mary visited Winchester Cathedral on St Swithun’s Day in 1912, for a thanksgiving service; Jane Austen wrote her a poem from her sickbed for St Swithun’s Day in 1817, just three days before she died. George VI and Queen Elizabeth visited Winchester in 1939 and were presented with the keys to the city at the Guildhall. They returned in 1945. Queen Elizabeth II visited Winchester in 1955 for the 800th anniversary of the city’s charter. The Queen was welcomed in Winchester College’s quadrangle by the boys of the college and escorted by the School Master. There followed a traditional greeting in Latin, after which The Queen presented medals to outstanding pupils of the school. The Queen said during her visit: “We must be careful that the new does not obscure the old. That in times of change, traditions which have been tested by long experience, should not be discarded.” Winchester College stands adjacent to the house on College Street where Jane Austen died in 1817. A celebration was held in Winchester’s Guildhall to mark the 90th birthday of The Queen – entitled “This Royal Throne; A Celebration to mark H.M The Queen’s 90th Birthday” – it was centred around words to describe the history of the Crown, through the words of English (and British) monarchs themselves but also, through the words of English writers to the present age – from William Shakespeare to William Makepeace Thackeray and from Horace Walpole to – Jane Austen. ©Elizabeth Jane Timms, 2019.

Elizabeth Jane Timms is a royal historian and writer, as well as a historical consultant and independent scholar. She writes for academic journals, magazines and newsletters as well as the web. She contributed to Jane Austen's Regency World magazine (2013-2017).